I've been reading some things on the web related to Japan lately. First of all, there is a lot of talk about the nuclear bombs that were dropped on Hiroshima and Nagasaki. Catholic doctrine says that nuclear weapons and other weapons that indiscriminately kill innocent people are immoral. The best piece I read on this subject is The World's Most Dangerous Idea, which is not only concerned about the immorality of our use of those weapons against Japan, but it is also concerned about the fact that a large majority of Americans have thought it was the right thing to do. The idea that there are certain "ends" (such as victory in the war with Japan) that can justify the "means" of killing innocent people has continued to this day to the justification of abortion and euthanasia.

Catholic moral theology tends to be more clear and uncompromising on these types of issues than what most people are used to thinking. There is another aspect of Catholicism that is probably even more foreign to most people, and that is the idea of redemptive suffering. Although most Christians believe that Jesus suffered on the cross to accomplish human redemption, most Protestants do not embrace the idea that the suffering of Christians can have a part to play in redemption. The Bible passage that most clearly illustrates this is Colossians 1:24, "Now I rejoice in my sufferings for your sake, and in my flesh I am filling up what is lacking in Christ’s afflictions for the sake of his body, that is, the church..." (ESV). I found the long article, 'The Catholic Holocaust of Nagasaki—"Why, Lord?"' to be a beautiful story of how redemptive suffering transformed lives in the aftermath of the bombing of Nagasaki, which was the most Catholic city of Japan.

Finally, I just read Sandro Magister's column called 'Why Christianity Is "Foreign" to Japan,' which includes an essay by Kagefumi Ueno, the Japanese ambassador to the Holy See, on the differences in Japanese and Western approaches to religion. The essay is very informative and shows some real differences in belief. However, it appears to me that some of the perceived differences are more a reflection of Western culture than actual essential Christian doctrine, which gives me hope that a presentation of the Catholic faith, properly inculturated, would have more traction in Japan, as it seemed to have in the days of St. Francis Xavier.
Posted by Greg Graham at 10:17 PM No comments:

This story on Rosie O'Donnell's protest marriage has prompted me to make some brief comments on the subject of gay marriage. Proponents of gay marriage usually characterize those who oppose it as homophobic and hating. They say that they are doing nothing to damage heterosexual marriage, so they should have the right to do whatever they want. Here is why such a statement is false. 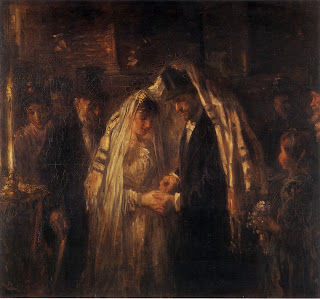 My opposition to gay marriage is based on the idea that the family is the fundamental unit of society, and that the health of the family is essential to the health of society. Anything that undermines the family also undermines our society, and threatens the eventual collapse of society. The importance of the family is based on its traditional definition. A man and a woman commit themselves to a life-long bond, and it is in this context that children are conceived and raised by their natural biological parents. (There are exceptions such as children who are adopted, and couples who cannot have children, but these exceptions are rare enough that they don't seriously affect society. Also, I will say that although many adoptions work out wonderfully, that doesn't mean that all else being equal, it would not have been better for those children to be raised by their natural parents.) Such families have for thousands of years provided the foundation of the civilization that we have inherited.

Over the last few decades, the family has been seriously undermined through easy divorce, and now faces greater erosion through homosexual marriage. These changes are result of greater focus on the needs and desires of individual adults rather than the needs of children and society. The changes are justified by citing studies that show that children are not adversely affected by divorce, or don't need to be raised by their biological parents, but there are also studies that say the opposite. It appears that the purpose of Rosie O'Donnell's protest marriage was not to create a permanent stable environment for the raising of children, but that it was a throw-away marriage in order to make a point.

The deeper issue is the prevailing attitude that individuals should have the freedom to be and do whatever they want with little attention paid to the common good. Traditions that formed the foundation of our society are considered expendable. People think that they can remove the foundation and that the structure will continue to stand. I think that is very unlikely.
Posted by Greg Graham at 12:13 PM 3 comments: