The Faith of an Atheist 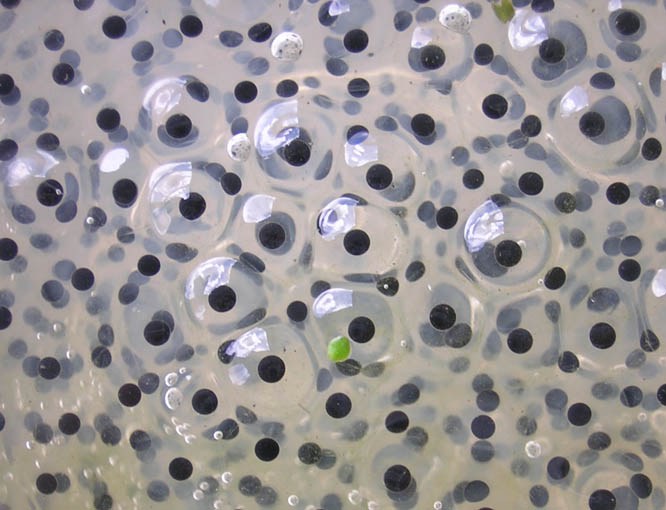 I just finished reading His Master's Voice written by Stanislaw Lem in 1968. I want to comment on the faith that is expressed by the seemingly atheist main character at the end of the book, but to get there I will have to give some spoilers, so be prepared.

The book is written in the form of a memoir of a mathematician named Peter Hogarth, who worked on a U.S. government project called His Master's Voice (HMV). The purpose of HMV was to decode what appeared to be a message from an extra-terrestrial civilization that they referred to as “the Senders.” The book is a fascinating description of how scientists work and the politics of large, government-funded research projects. The book is also a fascinating reflection on the difficulties of communicating with a completely alien intelligence.

The message that HMV was trying to decode was discovered by accident. Some astronomers had been studying neutrino emissions and had recorded onto tapes a large amount of data from their neutrino detectors. When they had finished their observations, another party thought the data would be a good source for the generation of random numbers, and so used the tapes to generate tables of random numbers that could be published and sold. However, someone who bought these tables complained that the numbers repeated over a very long period, which led to the tapes being analyzed and it was found that the neutrino emissions were not random noise, but an extremely complex repeating pattern.

The HMV project assembled scientists and experts from a broad spectrum of disciplines and assembled them into several smaller groups, each attacking the decoding problem from a different angle. One group in the project operated under the assumption that the message included the description of the genome of the Senders, and this group was able to use part of the message to guide the synthesis of a mysterious gelatinous substance, which they nicknamed “frog eggs.” They subjected frog eggs to all kinds of tests, and indeed it had many unusual properties, but there was one property that caused great concerned, which they called the “TX effect”. Particles from a small nuclear reaction near a drop of frog eggs were teleported outside of the test chamber, even when the experiment was incased in lead. They realized that the TX effect could be used to teleport an atomic blast to another location at the speed of light, raising the concern that the military would want to use it to make a super weapon. Therefore they tried to keep the TX effect a secret while they performed tests to understand it better. Government representatives became suspicious and were going to bring in other scientists who were working on a parallel project studying the signal. Fortunately, right before the other scientists arrived, the testing revealed that the accuracy of the TX effect decreased as the energy of the blast increased, rendering it useless as a weapon.

Nonetheless, the attempt to hide the TX effect was exposed, resulting in some reorganization of the project, including the addition of some scientists from the parallel project. One of these scientists, Lerner, presented his view of the neutrino emissions and provided a rational, mathematically sound theory that the so called message was actually a completely natural phenomenon and that the Senders did not actually exist. According to Lerner, the Senders were merely the product of the other scientists’ wishful thinking.

The book ends with Hogarth's reflection on this theory, and his explanation of why he believed that the signal was indeed a message, and that it came from a benevolent and wise civilization. Hogarth had come to believe that if the human race had been sufficiently advanced, they would have been able to decode the whole message, and it would have included instructions on how to build a mechanism to communicate with the Senders. The TX effect of frog eggs was intended to enable interstellar communications, and was so designed that it could not be used as a weapon. Hogarth believed this property of frog eggs proved that the message came from an intelligent, benevolent, and wise source. They provided information that could be used by a sufficiently advanced civilization, but could not be used to harm that civilization.

Conversely, Hogarth said that he did not believe in a creator God because the universe this God supposedly provided does provide the means, via nuclear physics, for the human race to destroy itself. He thought that if there were a God, he would have protected the human race from such a dangerous power. (To properly appreciate Hogarth’s viewpoint, you must remember that the first half of the 20th century had already seen two world wars, and the odds of a nuclear World War III, with the potential to destroy the human race, seemed very high in 1968.)

So, according to Hogarth, the Senders exist and are good because of the safety mechanism in frog eggs, but since the universe has no such safety mechanism, it could not be the product of an intelligent, benevolent creator.

I found it interesting that all of the scientists had no problem believing in the existence of the Senders simply because they discovered a neutrino emission that repeated a complex pattern. However, Lerner pointed out that nature contains complex patterns such as DNA, so there was no reason to believe that there wasn’t a natural explanation for the neutrino emissions. The only difference between the neutrino patterns and DNA patterns is that the neutrino patterns were newly discovered and came from a distant, unknown source.

Hogarth admits that he cannot prove his belief in the existence of the Senders in the face of Lerner’s skepticism, “Skepticism is like a microscope whose magnification is constantly increased: the sharp image that one begins with finally dissolves, because it is not possible to see ultimate things: their existence is only inferred.” Hogarth believes in the Senders, but not in God, not because there is more evidence for the existence of the Senders than there is for God, but because Hogarth likes the perceived morality of the Senders more than he does the perceived morality of God.

Here is my point: Christian faith is not the act of choosing to believe in God despite a lack of evidence or even evidence to the contrary. Rather, Christian faith is the act of interpreting the evidence in a particular way such that the existence of the creator God is acknowledged, and this God is trusted as good. The Christian looks at all of the evidence, not only in science, but in the reports of religious experience throughout history, including one’s own personal experience. The Christian sees a coherent picture of God emerge from the data taken from Jewish and Christian history and recognizes his own personal encounters with that same God. The Christian believes in the goodness of this God and so chooses to live his life in fellowship with God.

Many of the reasons why people believe or disbelieve a particular thing have nothing to do with rationality or evidence. Instead, it is a reaction to the implications of the truth or falsity of the thing. For example, if there is no God, then life has no ultimate meaning. If there is a God, then he may require me to live in a way I don’t want to live. I want to have sex with whoever I want, so I cannot believe in the Christian God who would say my behavior is wrong. Christianity is not cool, so I cannot believe. Islam or Zen is exotic and counter-cultural, so I’ll take up that religion. I feel lonely and unloved, but Christianity tells me God loves me and forgives me. I grew up in a Hindu, Christian, or Buddhist family, and I want to be faithful to the tradition of my parents.

In His Master’s Voice, Stanislaw Lem shows us that the scientific process is not automatic and it does not inevitably lead to the truth. Not only are there areas of knowledge that are unreachable via science alone, but humans do not reliably practice science due to politics, personalities, and prejudices. Therefore, I want to warn those who dismiss religion because it’s not scientific. You may be ignoring an important aspect of reality. Recognize the limits of your own knowledge and open your mind to the possibility that there is some truth to religious claims. It may lead you to discover a whole new dimension to life.
Posted by Greg Graham at 12:48 PM No comments: